Spurred on by the over-indulgence of Christmas, and a desire to generally be a better person in January, I felt a little bit of a detox was in order. Veganuary is all the rage this year and I can’t log into social media without seeing or reading something about it. However, I’ve never been that much of a radical person and I’ve never actively tried to cut anything out in a big way before. I wanted to actually achieve this goal and I figured I’d have more success sticking to a vegetarian diet. Baby steps.

Why Take On The Challenge?

People have eaten meat for millennia and it’s played a huge role in our evolution as the human race but over the last hundred years or so society has changed dramatically. The population of our planet is increasing exponentially and therefore so is demand, consumerism and food production. I’m no environmental activist but the unsustainability of it all does unsettle me. In the wealthy Western world, just because we can have everything we want, doesn’t necessarily mean that we should and if more and more people made more conscious decisions I believe we could make this planet last a little longer.

Eating meat is so ingrained in our society that many people will have it in their breakfast, lunch and dinner without batting an eyelid. If everyone decided actually to only have meat in just one of these meals, we could cut down meat consumption by two thirds and still get to enjoy all the food we love on a daily basis.

At the beginning I was never too worried about missing meat, I enjoy enough different kinds of food that I didn’t think I would crave it. I was more concerned about the planning, it’s a lot more difficult to eat on the go when you have a dietary requirement. Meal planning is something I try to do, but it doesn’t exactly always go to plan and often last minute dinner’s out with friends or having to grab a quick lunch on the go can throw it off kilter. Meal planning became a lot more essential to making sure this whole challenge went smoothly but also to ensure there was enough variety in what I was going to be eating to keep me interested. It’s all very well becoming vegetarian, but if that means you’re going to be eating pasta and tomato sauce every day it’s going to get very boring very quickly as well as not being very healthy.

It’s not difficult at all to get all the nutrition and energy you need from a vegetarian diet, you just need to be more conscious of your decisions and make sure you have as much variety as possible. For example instead of sticking to rice and pasta staples, swap in different grains such as quinoa and barley. Mixing things up a lot also helps to ward off the meat cravings and keeps you from getting bored. 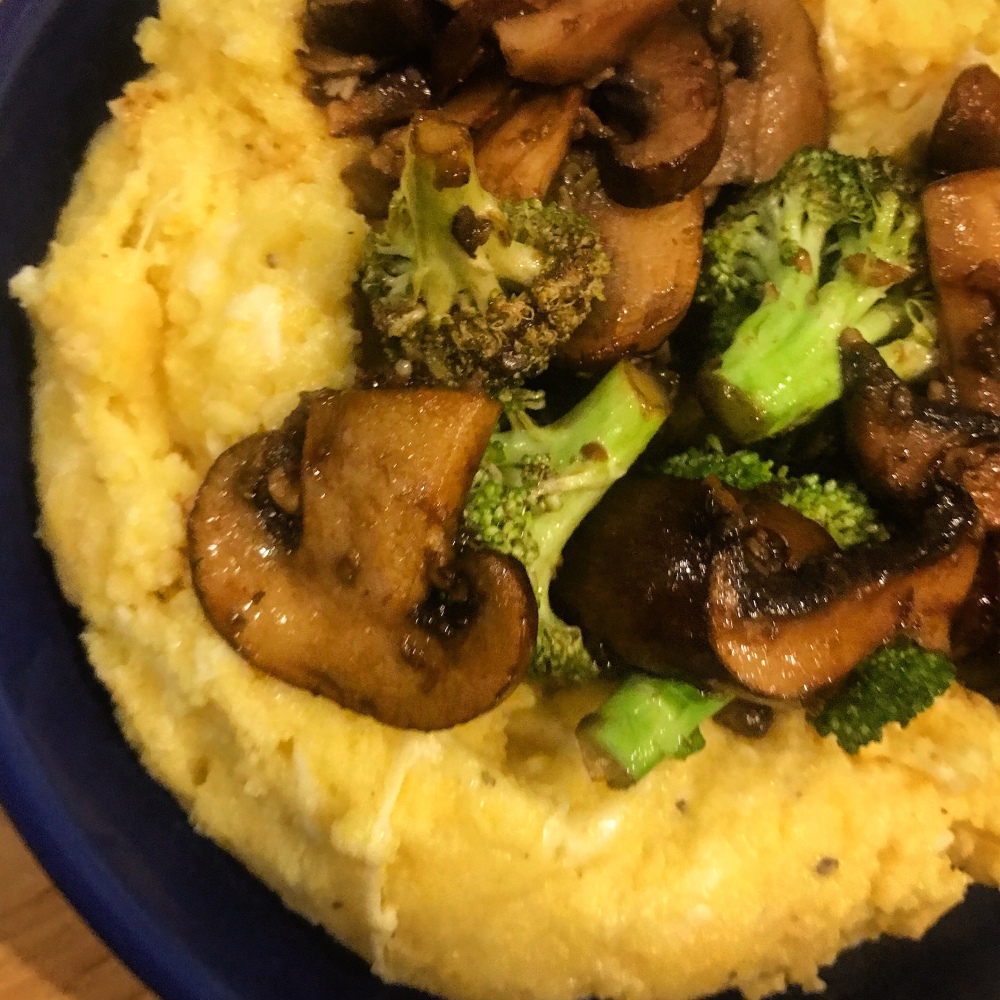 My biggest struggle kicked in at around the two week mark which was when I did, inevitably, start getting bored. Initially I was loving trying out different recipes every night and inventing new dishes but practicality kicked in and this can become a little tiresome, especially during the week when you just want to come home from work and get dinner on the table as quickly as possible. It was during this little dip in enthusiasm for the challenge that I started thinking about having a nice juicy steak or a big plate of Spaghetti Bolognese, but I stuck to it, determined to see it through.

Being the foodie that I am, the aspect of my challenge that I was most looking forward to was of course trying out of new things and getting inventive in the kitchen. Fortunately there weren’t any major flops but there were definitely a few things that didn’t go quite to plan or turned out to be particularly unsatisfying.

My biggest low had to be cauliflower steaks. It’s one of those things you see plastered all over Instagram and think to yourself ‘That looks delicious, what a great idea!’… in reality it was distinctly underwhelming. It wasn’t exactly horrible, it was just a bit boring and rubbish, particularly when you’re boyfriend is sitting next you tucking into and actual steak! It’s not something I’ll be bothering with again. I didn’t have any other massive low points, but I did get a bit bored of lentils. Although having said that, they are great for mixing things up a bit, adding variety to grain-based meals and bulking out meat-free dishes.

One of the downsides to this challenge was that I found myself eating more carbs than I would ordinarily. Perhaps in an unconscious attempt to bulk out meals or just from simply trying to make not every meal feel too much like a salad. This could easily be avoided by better planning though.

The best thing about my challenge was by far the new recipes I tried or concocted that turned out to be a massive success. If you’ve read my blog post on the Aubergine, Sweet Potato and Butternut Bake I invented you’ll know that a truly great dish really can spring up out of nowhere sometimes. It will be joining my repertoire of staples alongside a delicious Mushroom and Lentil Lasagne recipe that I’ll be posting over the next few weeks. 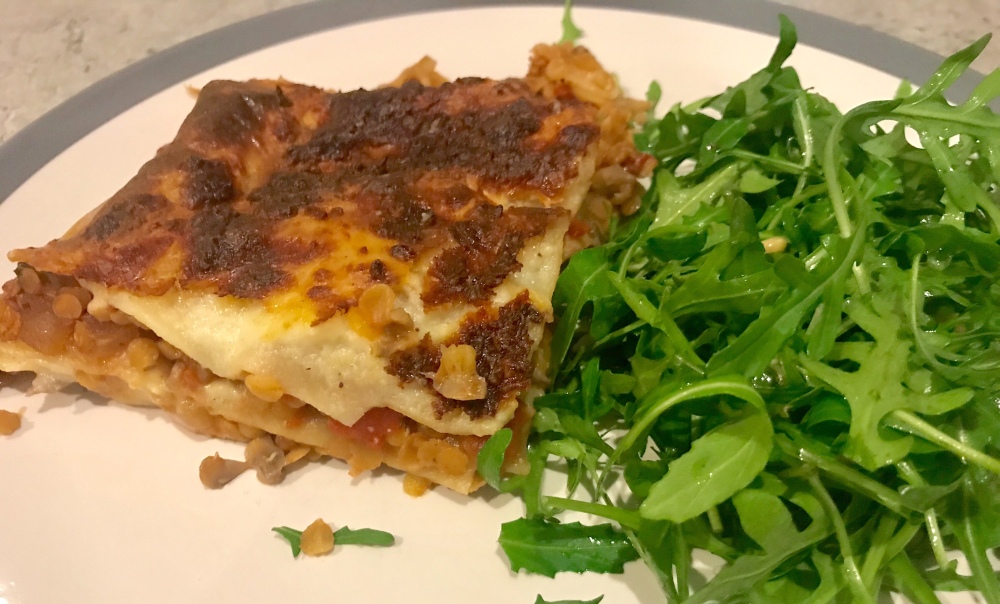 On the flip side, as well as experimenting, mixing things up and trying out new recipes, I also found myself returning again and again to a few beloved staples that I really enjoyed and could never get sick of. One of these was my Classic Vegetable Soup recipe that I would have for either lunch or dinner. Even now I’m back on the meat wagon, as it were, I love it so much that I made an enormous batch on Sunday to last me the week in packed lunches.

My other top favourite of the month was a really simple vegetable stir fry. I never use ready made sauces for stir fry, they’re too sickly and sweet for me, I just use a really good glug of soy sauce and maybe some fish sauce or lime juice if I’ve got some to hand. I was also fighting of a hideous cold for a good chunk of January so I would pack my stir fries with ginger, chilli and garlic and instantly feel a little bit better. Since I was doing vegetarian January solo, stir fry quickly became my midweek favourite because it was so quick. Usually most weekdays The Boyfriend cooks in my house since he’s home first so when I had to start cooking my own meals when I got home from work, speed was essential.

Has it Changed My Life?

In a word, no. I loved vegetables and vegetarian dishes before and I love them just as much now. I enjoyed the whole thing, but at no point did I have any sort of life-changing epiphany. I can’t say I was really expecting to, but you often hear people talk about a revelation in their life that made them change their minds about eating meat. However, I’ve never been a believer in cutting anything out completely, I’m much more in favour of balance, not just in food but in all aspects of life really and despite enjoying this challenge, this is still my philosophy. 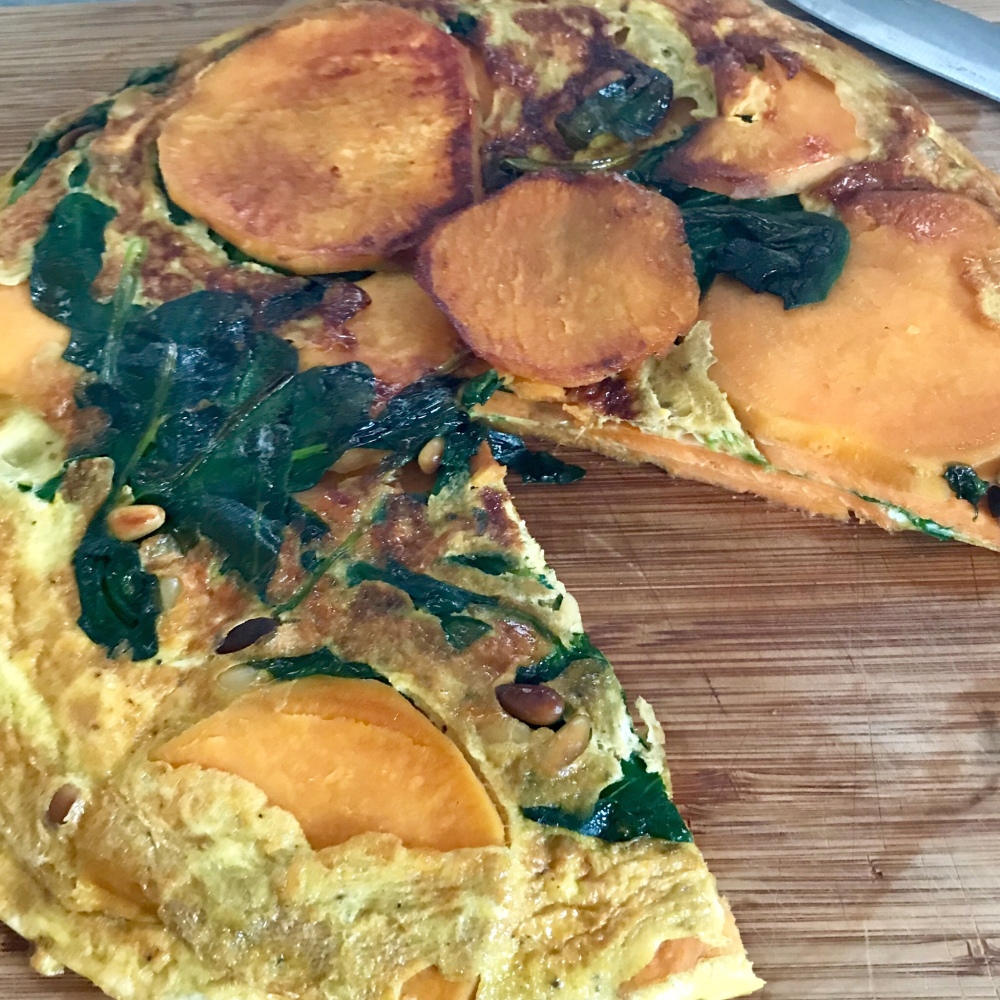 The thing that I really took away from this challenge is the idea of a January detox. Whether you make resolutions or not, we all inevitably start the new year with big ideas in mind, wanting to be healthier, fitter, more organised. Whatever your big goals are I found that having a smaller goal to focus on and make myself stick to made me more motivated all round to be more proactive, more organised and knowing that I was sticking to and achieving something really spurred me on to get moving with other things I wanted to do. I’m definitely going to give it a go next year, and who knows I may even go the whole hog and jump on the band wagon with Veganuary.