Skip to content
Yes I’ve been skipping the dessert menu in order to go and find more exciting puddings again! Snowflake is yet another great gelato shop in Soho.
I actually wasn’t aware of Snowflake until I was making my way to a dinner reservation the other week when I noticed it and decided to come back later if I came across yet another unexciting dessert menu. 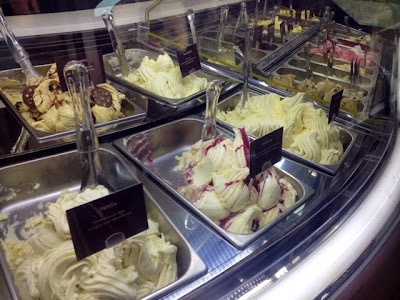 Between The Boyfriend and I, we got to try five flavours in total, I chose my favourite Pistachio alongside Cuoricino (a chocolate and hazelnut blend) both of which were delicious. Made with organic milk and cream and all natural ingredients the gelato here at Snowflake not only looks spectacularly luxurious, but tastes it as well. The Boyfriend chose the vanilla, he believes to make a true judgement you have to try the classics. It was lovely but for me was overshadowed by the Fior di Latte which was creamy and delicous. The real highlight of our visit though was the Chef’s Special, a pure chocolate gelato with no added milk or cream, the taste can only be described as sexy, they really ought to add this to their permanent menu. 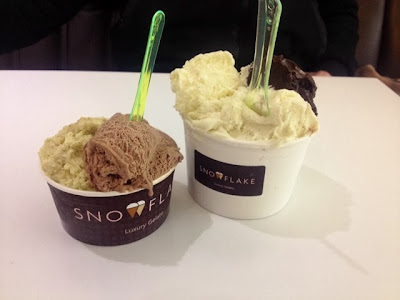 Having ordered and paid for our little tubs of ice cream, I then noticed they also do hot waffles and crepes… I guess I’ll just have to pop in next time I’m underwhelmed by a dessert menu.