Skip to content
Just before Christmas, the girls and I got together for a last dinner out together before the holidays. For a change we headed over to Holborn for the evening and after a little browse on toptable, our chosen destination was Hush Brasserie and the night we went we were eligible for the 30% off food toptable offer which always helps!
Hush is done out like a classic French brasserie with a bustling and welcoming atmosphere. It’s a very smart restaurant with immaculately presented, friendly and accommodating staff.
There’s a unique Spritzer menu at Hush Brasserie where each wine is paired with a base fruit to create a totally unique selection of drinks. I opted for the Chardonnay & Peach Spritzer which was delightfully light and refreshing and also extremely large! 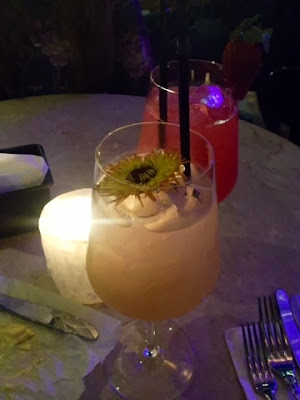 Chardonnay & Peach Spritzer in the foreground,
with a Pinot Grigio & Strawberry Spritzer behind
I went for the lemon sole fish fingers to start. It was a bit of a small portion but very tasty. I’d have preferred a bit more but I guess it was just a starter. The accompanying side salad was nice and the tartare sauce wasn’t too sharp. The starter selection was fairly original and interesting, including a pulled pork stuffed Yorkshire pudding. 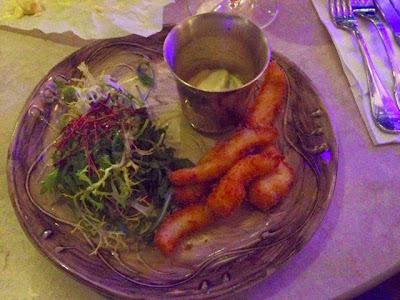 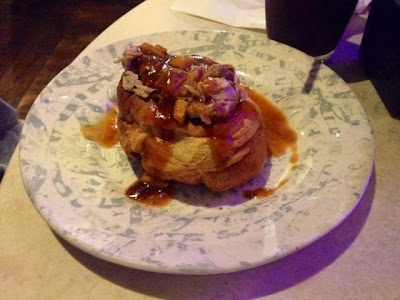 Pulled Pork Yorkshire Pudding
The mains offered a variety of choice and I really had quite a lot of difficulty choosing. There are some elegant and original dishes that sound really tempting as well as some hearty comfort dishes. In the end I went for pot roast Pheasant which had a really tasty chestnut stuffing and the gravy was rich and delicious. The accompanying Savoy cabbage went with the pheasant perfectly. In hindsight I’d have probably ordered a side as well as there was quite a nice selection, just as an additional vegetable element to balance out the meatiness. 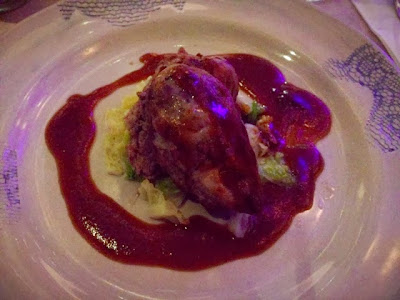 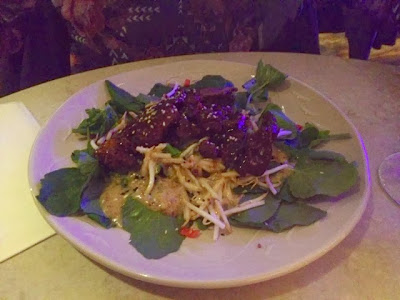 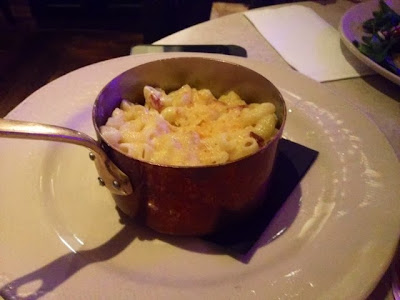 Gratin of Macaroni Cheese
Before tucking into my own dessert I got to try a little of the other girls’ puddings. I tried a piece of the honeycomb that accompanied the honeycomb ice cream and was unfortunate enough to get a piece that had so much salt in it I had to gulp down some of my drink just to get rid of the taste. I’m not sure why there was a huge lump of salt in the honeycomb, perhaps it was a bit of bicarbonate of soda that hand’t mixed though well. I think it was just an unfortunate one off mistake as the other piece was absolutely fine though. The Mars Bar cheesecake was a very nice, but it didn’t much resemble a Mars Bar. There was a faint resemblance in the flavour but I think more could have been done to get it to live up to it’s name. I thought crème fraîche was an odd choice to accompany it as well, it didn’t really suit the sweet dish. 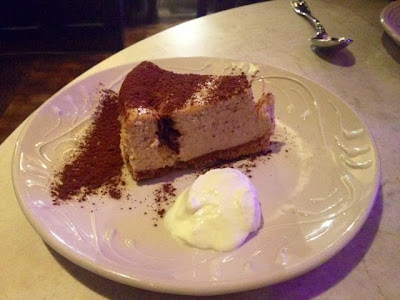 Mars Bar Cheesecake
I went for the Neal’s Yard cheese board for my dessert which was a perfect sized portion for one, as I sometimes feel cheese boards can be quite stingy. There was a blue, a cheddar and a soft brie style cheese. Each were delicious, the blue being my favourite of the selection. The accompanying oaty biscuits were nice but very dry with no butter. I can never understand why you always have to ask if you want butter with the cheeseboard, it can’t just be me that thinks butter is a bit of a necessity with cheese and biscuits?? 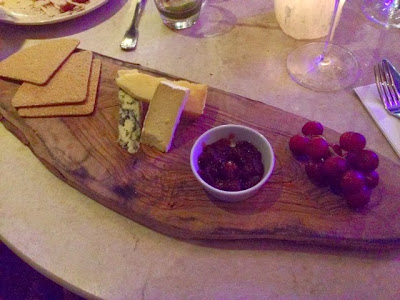 Selection of Neal’s Yard Cheeses
Overall I enjoyed my meal at Hush Brasserie. I wasn’t wowed by the desserts, I’d probably skip it or stick with cheeseboard but that’s generally a habit of mine anyway. I do like how they’ve seamlessly blended the traditional brasserie style with a menu that’s both original yet familiar enough not to alienate your average diner. Open from 8am they also have a great breakfast menu and serve afternoon tea.