Skip to content
Year after year, come Christmas Day most of the nation can be found sitting around the table chowing down on insane amounts of turkey. I don’t really like turkey. Well.. it’s okay, it’s fairly inoffensive, but it’s pretty boring. I’m a big fan of ‘alternative’ Christmas dinners. In my family for the last few years we’ve had beef because, quite simply, we realised we didn’t have to have turkey and we all like beef more. This year, since beef’s gotten a bit boring now, we’re trying out goose for the first time. However, it’s not all about the meat. It’s estimated that around 10% of people in the UK are vegetarian, so what are they all eating for their Christmas dinner? 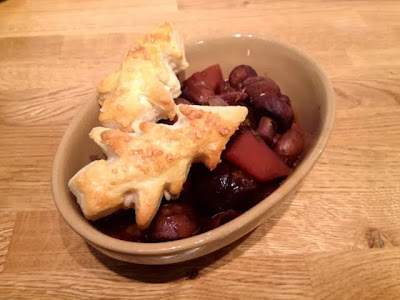 I got to thinking about this a month or so ago when a colleague of mine, who is actually vegan, was having a dilemma about what to do for Christmas dinner for her meat eating in-laws. The in-laws weren’t relishing the prospect of a meat free Christmas and she wanted to come up with something that would be just as filling and satisfying for them and that would be enjoyed by herbivores and carnivores alike. I began to ask around my veggie friends to find out what they’d be eating.
Many, who belonged to otherwise meat eating families, said they were more than happy to stack their plates up with all the usual trimmings and just skip the meat (provided the potatoes are done in oil and not goose fat), some go for a Quorn roast, but the overwhelming majority was nut roast. Now while, as a meat eater, I can’t quite come to terms with the idea of a Quorn roast, the nut roast sounded appealing. This seemed popular, and I saw Lorraine Pascale make a nut roast pie on Lorraine’s Last Minute Christmas which looked delicious. I’m actually going to have a go at this particular recipe myself at some point over the Christmas period as I quite enjoy going veggie for a bit after the meat overload of Christmas. I do wonder though if a nut roast is enough to satisfy the meat eaters around the table on Christmas Day.

I began doing a bit of research and eventually I remembered something my Mum actually cooked on Christmas Eve last year, inspired by a recipe she’d seen in a magazine. I remember then thinking what a great veggie dish it was for meat eaters as it was still chunky, hearty, rich and satisfying. The juicy red wine and cranberry sauce gives this whole thing a really festive flavour and the whole dish is actually really filling. I made it for dinner last weekend and more than one of us didn’t manage to finish it. It’s easy to serve this up with all of the usual Christmas trimmings or if you’re going a little lighter or just having this for a normal everyday dinner, steamed green veg will suffice. It’s also easy to turn this into a vegan option by foregoing the pastry. 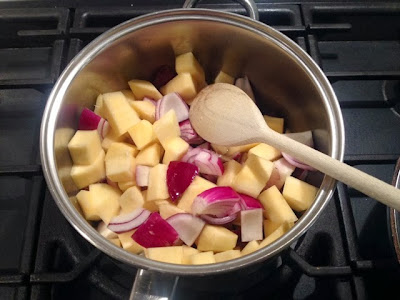 2. In a large frying pan heat the remaining oil and fry the mushrooms until browned. You will probably need to do this in batches if the pan isn’t large enough to space the mushrooms out. 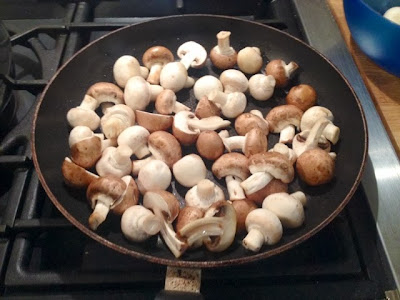 3. Add the tomato puree to the swede and onion and cook off for about 10 minutes. 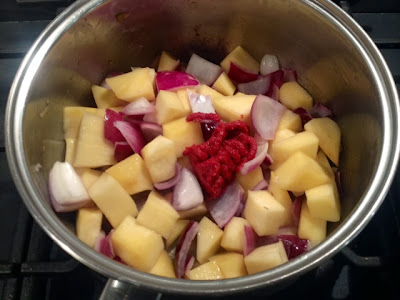 4. Add the wine, rosemary and soy sauce. Cover and simmer gently for 20 minutes until swede is tender. 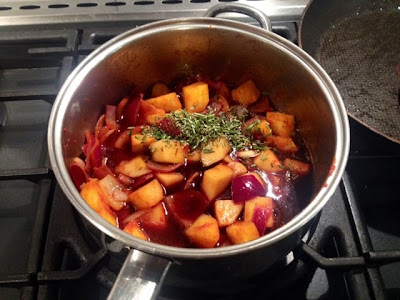 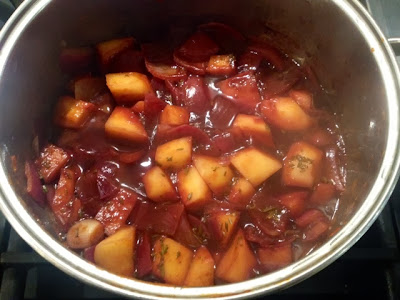 5. Add the mushrooms, chestnuts, and redcurrant jelly, re-cover and simmer on a low heat for 20-30 minutes. 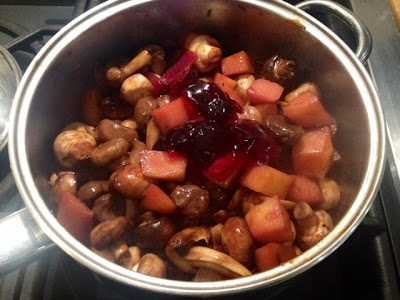 6. Preheat the oven to 200C.
7. Meanwhile roll out the puff pastry to 1cm thick. And cut out your chosen festive shapes.
8. Place on a baking tray lined with greaseproof paper and brush with milk. Sprinkle with sea salt and bake for 20 minutes until puffed up and golden. 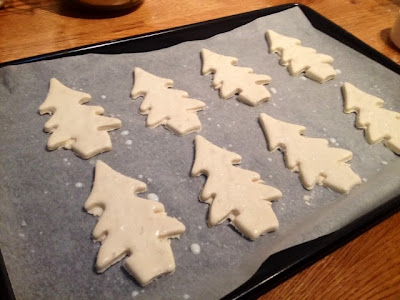 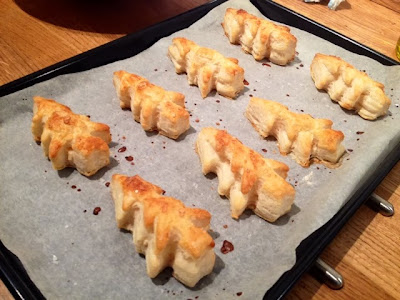 9. Spoon the hot filling into individual pie dishes. Top with the pastry shapes. 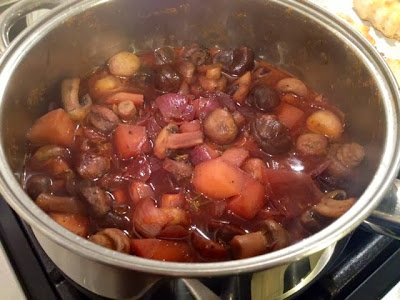 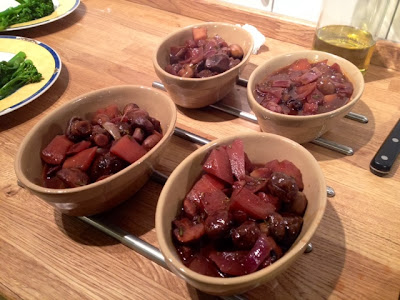 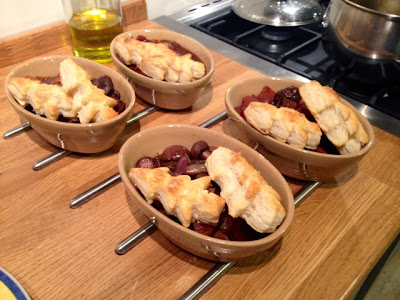 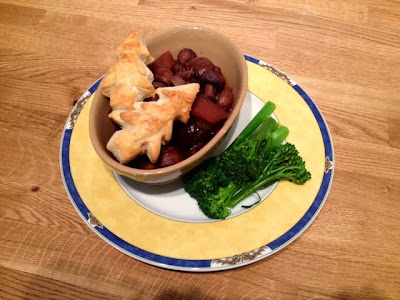