Skip to content
This week’s Sunday Bake is a basic one but a special one as it is the first time I have made bread… ever. Eek! When I decided to bake bread I was tempted to get all experimental and make some sort of exciting flatbread or experiment with flavours and use an enriched dough, mainly inspired by Great British Bake Off, but I thought ‘No, Rachael, you’ve never made bread before, keep it simple’. So I’ve gone for a simple white loaf just to get used to the techniques and get a feel for bread making before I get too adventurous. Let’s see how it goes! 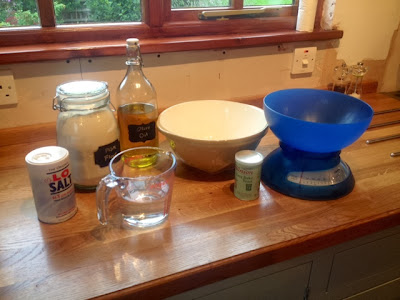 Ingredients
500g plain flour
2 tsp salt
1 tsp dried fast action yeast
3 tbsp olive oil
300ml water
Method
1. In a large bowl add the flower, salt and yeast. Keep the salt and the yeast separate at this stage (I learnt this from the great Paul Hollywood himself at a demo I saw him do at the Essex Festival of Food & Drink, I can’t remember exactly why, but it was something to do with the salt retarding the yeast and you don’t want that to happen at this stage… I think. I’m sure you can find much more accurate info in his Bread book) 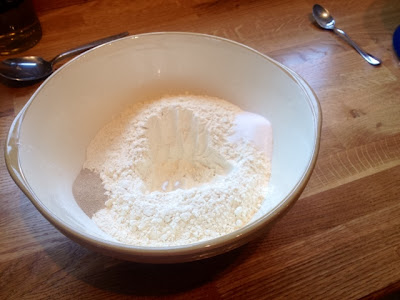 2. Pour the oil and water into a well in the middle. Mix together with your hands until the dough forms and tip out onto a floured surface. 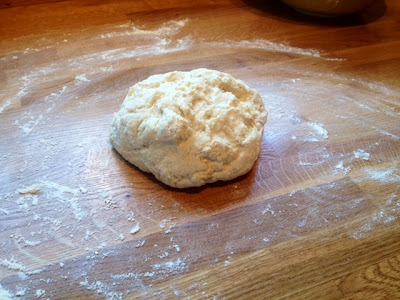 3. Knead the dough for around ten minutes until smooth. The dough should feel quite elastic. 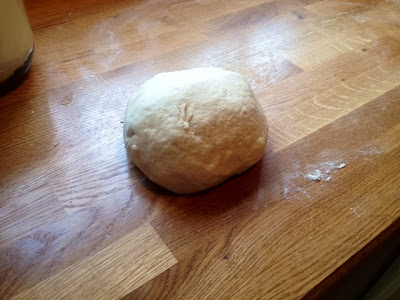 4. Place the dough in an oiled bowl and cover with cling film. Leave to prove until doubled in size, at least one hour. 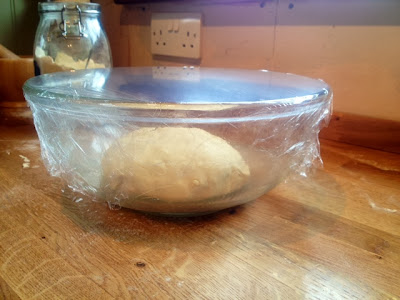 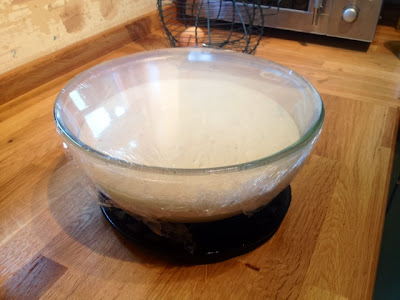 5. When the dough has risen, remove the cling film and knock out the air. 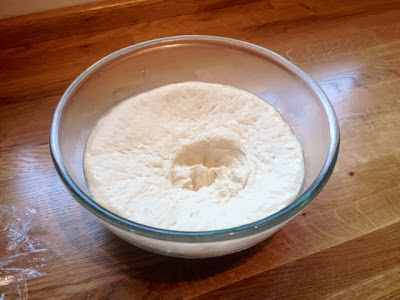 6. Form the dough into a ball shape. 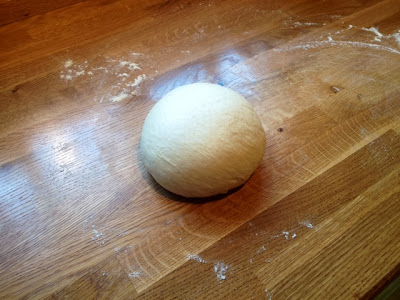 7. Place on a baking sheet covered in greaseproof paper. 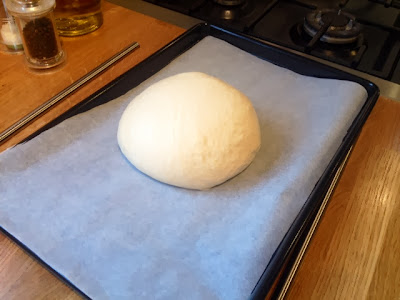 8. Leave to prove for another hour until the dough doubles in size again. Preheat the oven to 200°C. When proved, use a sharp knife to cut a cross in the top of the dough. 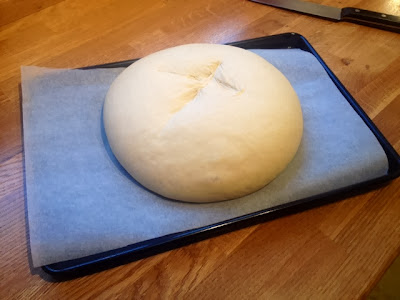 9. Place in the centre of the oven and bake for 30 mins. When you remove it, you can test to see if it’s done by tapping the bottom, it should sound hollow. 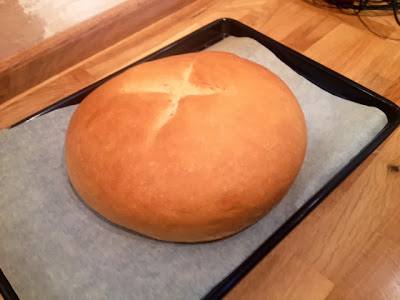 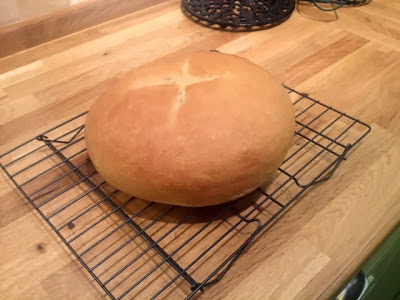 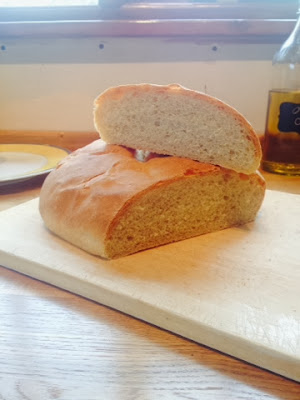 I got VERY excited when I sliced into this as I was slightly worried I’d under baked it and it’d be squidgy and doughy in the middle, but it was beautifully light and fluffy and looked perfect. I was so pleased! I’d suggest baking this on a Saturday so you’ve then got a nice fresh loaf for Sunday morning. Makes great toast and is also good for sandwiches but to really enjoy the simplicity of a nice homemade loaf, just have it with butter.
After this success I now feel I can crack on with something a little more adventurous… watch this space!
Advertisement