Skip to content
This weekend I handily managed to schedule a visit to go and see the boyfriend on the same weekend that there was a food and drink festival going on approximately five minutes walk from his front door. Total coincidence of course. So on Saturday lunchtime we had a little wander down to Dane John Gardens in Canterbury which is a lovely little park even without any big events going on. 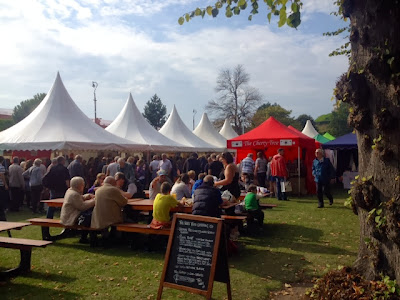 A rare free food festival, the park was teaming with hungry people, I was battling my way through to the front to get pictures of the stalls! 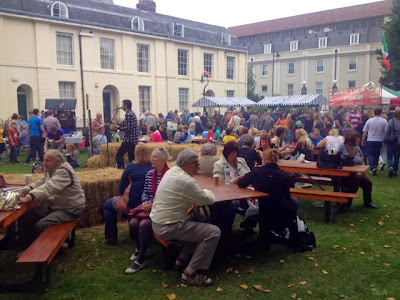 With one end of the festival dishing up a selection of what I’d describe as ‘world foods’, there were more local produce type stalls in the middle and a kids/family orientated section towards the other end of the park with arts and crafts scattered inbetween. Having nosed around all the local produce type stalls and purchased some strawberry cider to keep us refreshed, the boyfriend and I set up camp by the live music and set about getting ourselves some lunch. 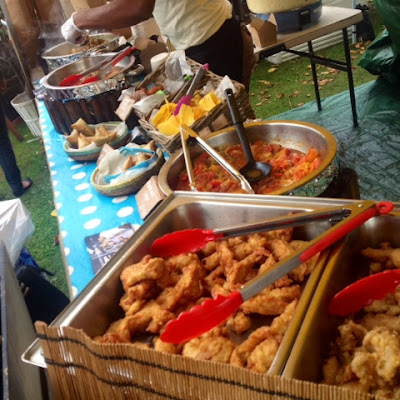 First up was actually the highlight of my day. When we did our first scout of the festival to decide what we might actually want to eat, this stall went straight to the top of our list as they were dishing up Tyron’s favourite, curry goat, and I’d never tried it before. A traditional Caribbean curry, this quickly shot straight to the top of the list of my favourite dishes (to be fair it’s quite a long list). 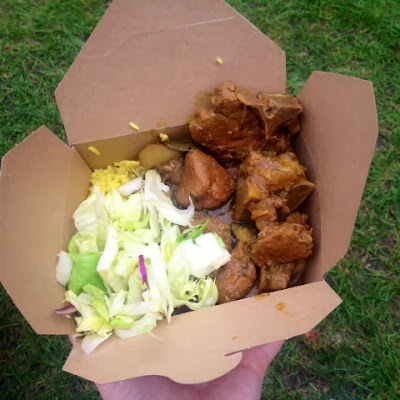 After having the boyfriend’s favourite, next up was my choice: paella. One of my all time favourites! I was a bit disappointed, there was only one option: a chicken and chorizo version. I prefer a seafood paella but that’s just me, I was a bit surprised there wasn’t a vegetarian one on offer at all though. The paella was good but unfortunately we only had one chunk of chorizo in our portion, which I was nice and let Tyron have, so for me I was lacking. 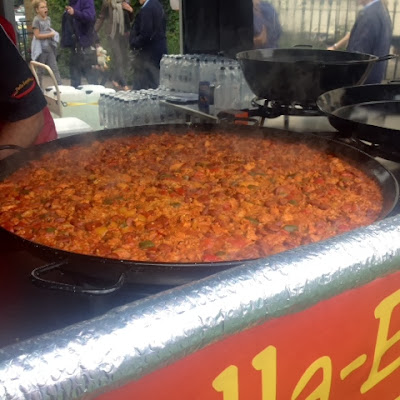 Last dish of the day was jerk chicken. It’s my favourite thing that Tyron cooks for me, but we’ve never tried it on the BBQ at home so this, for me, was something new. It was tasty but for me the jerk flavour was lost a bit as it was all on the skin and didn’t really permeate through to the meat. The main disappointment here though was the lack of rice and peas, our jerk chicken was served with chips because, according to the vendors, this is the more popular option with the punters. I thought this was a real shame especially as it wasn’t even there as on option, but never mind. 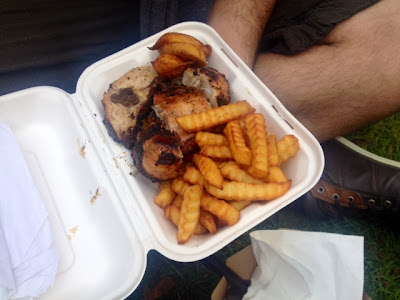 We also stopped for some churros for our dessert, which i completely forgot to photograph. Overall a great day, I was surprised at the size of the festival and the enormous variety of things on offer. Without a doubt though the curry goat was the stand out dish of the day. I’ll be looking out for it next year and now that the boyfriend is living in Canterbury I’ll be keeping my eye out for more food related events in the area and looking for some scrumptious places to eat. If you know the area and any must-visit places, please let me know!
For more pictures see my facebook page!